To capture the Khargukor Fortress in Seregost, and any other fortress, in Middle Earth: Shadow of War you need to have at least a few orc captains on your side.

The best way to get started is to do any side missions in the Seregost region, or the region in which you are trying to capture the fortress. There are often captains that appear in the missions which are easier to defeat and dominate in these side mission: 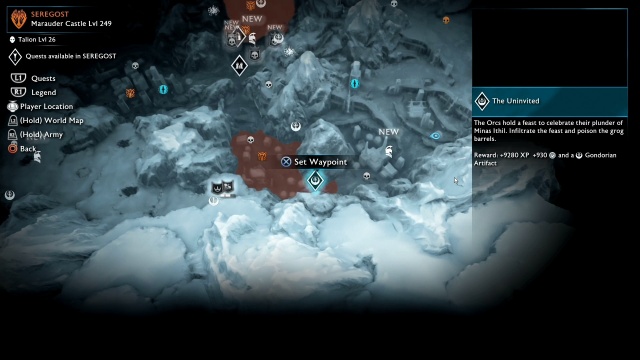 Side missions are a good way of dominating enemy captains.

After that focus on doing missions related to captains. These are the missions where two captains fight each other or steal from each other. This way the captains are distracted by each other and there are two in the same place which makes it easy to dominate both: 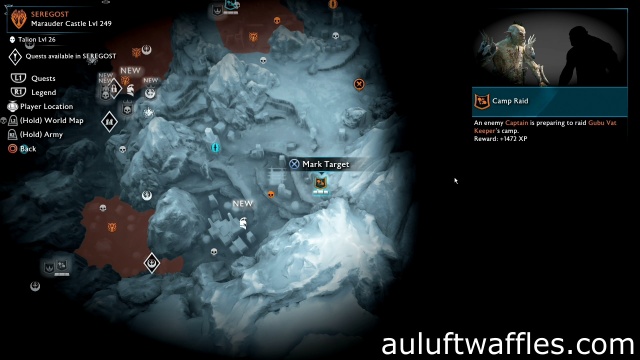 Captain quests are a good way of capturing captains.

After you have at least a majority of the captains on your side, do the warchief missions. When you have completed all of them they don’t appear during the fortress assault. Removing the warchiefs also disables certain defenses which could otherwise have made the capturing process much more difficult. If you have the captains that are linked to the warchiefs under your control they betray the warchiefs when you face them in the missions: 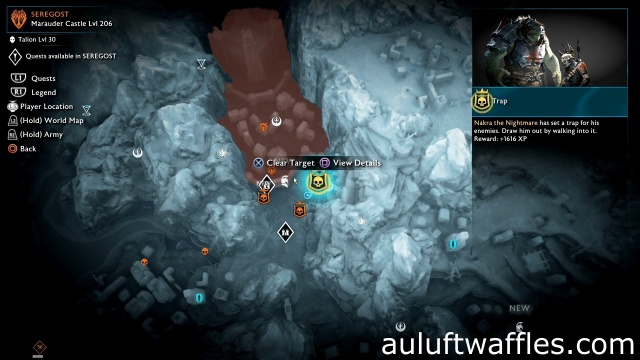 Before launching the assault on the fortress, be sure to purchase siege upgrades. These give you an edge during the fortress capture:

Whilst fighting the enemy overlord be sure to focus on him before the other orcs as the other orcs just respawn. Look at their weaknesses and use them. For example, the warchief that I faced could be damaged by ranged. So I used Shadow Strike to repeatedly target him and kill him. If you can vault over the overlord and he is not immune to frost you can use Hammer of Eregion to freeze and attack him. Remember that you can replenish your health by dominating orcs.