To gain the maximum hit streak in Middle Earth: Shadow of War keep in mind how hit streaks are increased and stopped. Hit streaks can be stopped in two ways.

The first is that hit streaks end when you get hit. To avoid getting hit keep an eye out for the counter symbol that appears above enemies: 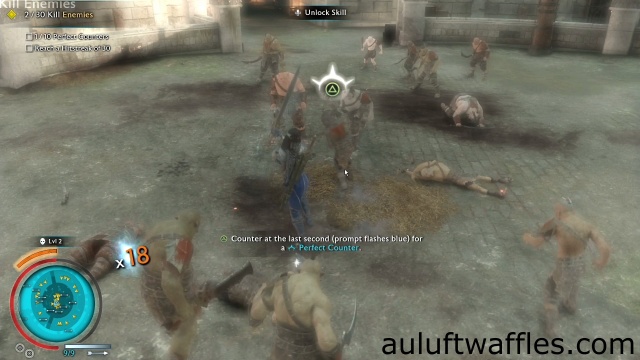 The second way that your hit streak can be stopped is if your attack hits nothing. To ensure that your attacks always hit something, stay near clusters of enemies. Also target enemies as you are attacking them.

To get a quick boost to your hit streak hit multiple enemies by using an area of effect attack.