To solve the third statues puzzle at the Cliff in 4 – The Western Ghats in Uncharted: The lost Legacy jump to the pillar in front twice and then to the pillar to the right with both the star and silver circle on it and then back to the pillar you just came from. Jump forward until you get to the last pillar. Then jump back 2 pillars. 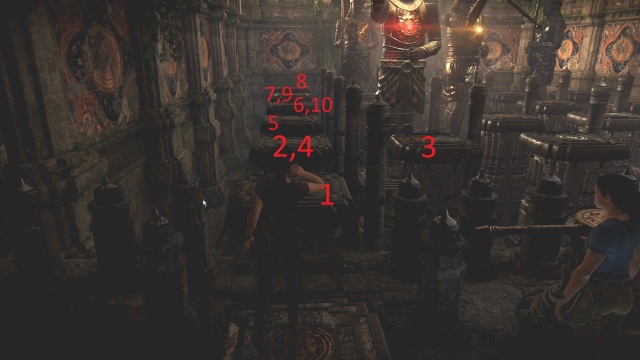