Posted on September 26, 2014 by auluftwaffles

Since the patch that nerfed the Loot Cave in Destiny a new farming spot for Engrams and Experience has been found. Details below.

The new farming spot in Destiny to replace the Loot Cave can be found by going to Earth and then to Patrol Cosmodrome. Make your way to the Rocketyard. Around the Rocketyard is an open area between buildings which has bodies of planes and tanks. Jump onto the back end of the truck near one end of the area: 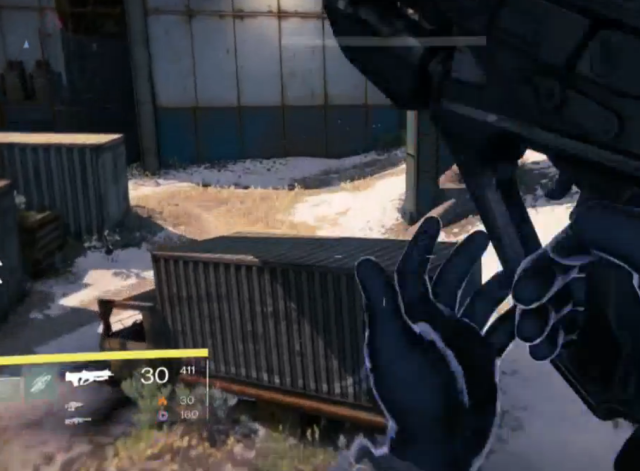 Then look towards the other side of the area towards a doorway:

Fallen will keep spawning there so keep killing them until you get the Experience and Engrams you want.

An even better way of doing it is to stand on the tank that can be seen in the right part of the image above. Kill the Fallen, then use blink, higher jump or triple jump to go upwards and the Fallen will spawn. They spawn after two sets of jumps.