Posted on March 6, 2013 by auluftwaffles

In the first area, which is a cave, there are some puzzles to be solved. First you will need to pick up a torch when you get the chance.

A little distance into the cave you get into a storage room with a red barrel in it but the way ahead is blocked: 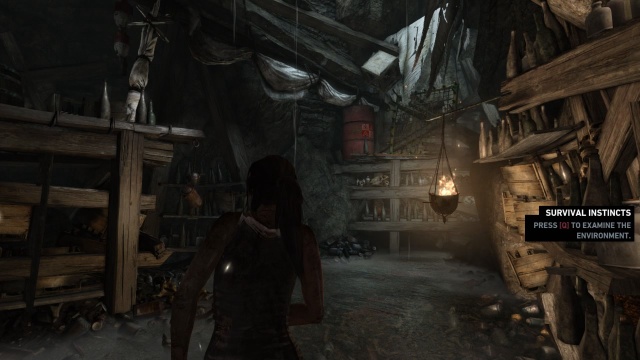 Jump up to the boxes on the left wall and set the sail on fire. This will shortly after cause the red barrel to explode.

After you go through a tunnel that is mostly flooded you get to a larger cave: 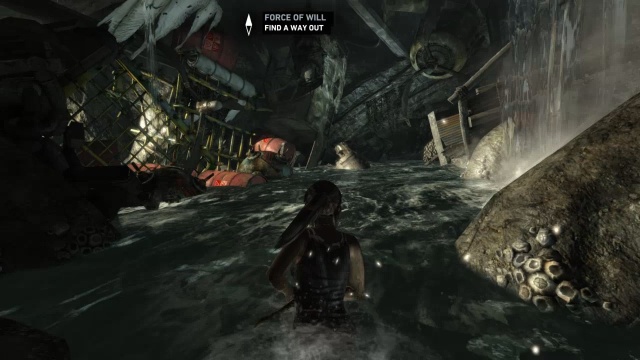 In the middle is a waterfall which will extinguish any fire that is carried through it. In the
back part of the cave you can relight the torch. Burn the two stands that have ropes attached to them. After the cage has dropped down set some of the barrels and boxes on
fire that are gathering near the cage. Go up the walkway at the back of the cave and jump into the suspended cage to lift the platform and dump the burning barrels and boxes
into the cage. Walk up to the cage and shove. This will eventually cause a great explosion which clears the way ahead.

Next: Tomb of the Lost Adventurer Puzzle Guide: http://wp.me/p1SfP0-1rC