Posted on December 27, 2012 by auluftwaffles

This is a guide for the second part of the Hunter and Hunted Mission which is called The Vixen Club. It explains how to complete The Vixen Club with the maximum score by explaining how to get a signature and silent kill on Dom Osmond, recover the evidence and remain undetected on the hardest, purist, difficulty. After you have completed all the challenges in this mission you can expect 269,963 score from completing The Vixen Club in the way this guide shows.

At the start turn left and go up the stairs out of the underground area. Ahead are railings. Go up to the wall next to the railings and jump up to the ledge: 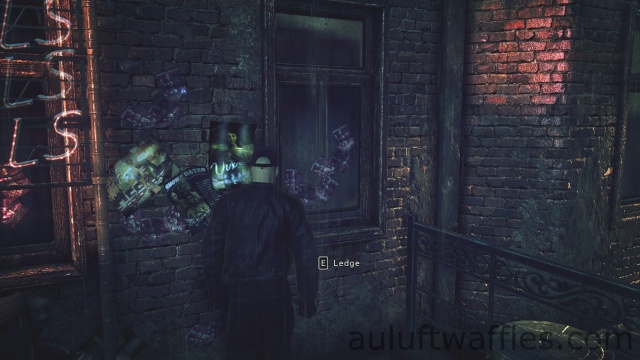 Pull yourself up to the ledge instead of hanging off which will prevent you from being detected. Follow the ledge all the way to the right and climb through the window. On the desk ahead is the evidence.

Get a Silent and Signature Kill on Dom Osmond

There is also a silenced pistol in the room which may come in handy later. You don’t need the key card, but there is no reason not to pick it up. Get out of the room and down the stairs. Once you are near the bottom start sneaking. After you have gone through the door turn left and get out of the area behind the counter. Once you are you can start walking normally. Go into The Vixen Club and go to the other side of the bar and go towards the crowd at the far right side of the bar and wait for a police officer to come out of the adjacent room: 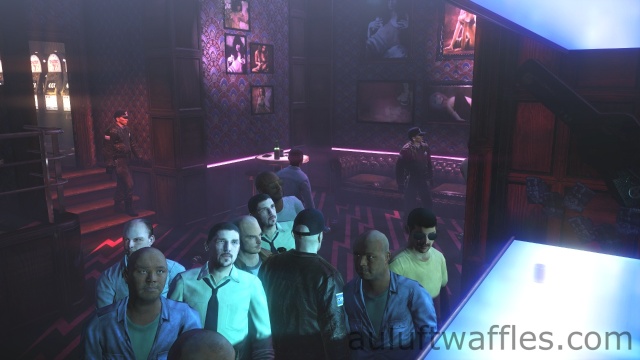 Go back out into the bar and follow that side of it past the poles. Go into a corridor to the right and pick up a bottle from the table ahead. Then turn around and go towards the door. Wait for the staff member to have walked away from it, then throw the bottle at the gas bottles in the other room: 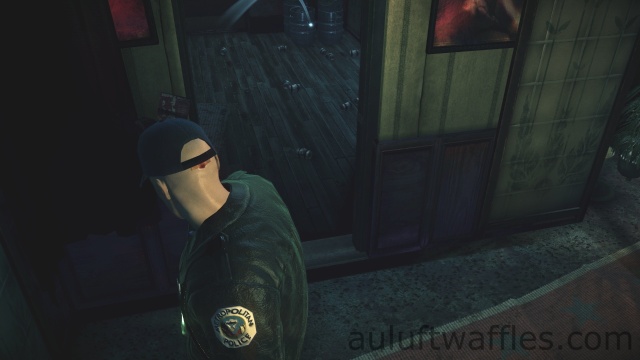 Then take cover on the left wall next to the door. Wait for a staff member to have come to investigate and left again, then go into the room you threw the bottle into and up the stairs. At the top of the stairs is the exit door. Once you have picked the lock and gone through it, it is the end of the part of the Hunter and Hunted mission called The Vixen Club.