Posted on December 4, 2012 by auluftwaffles

This guide explains how to liberate the Valsa Docks outpost without being detected using a silenced sniper rifle in Far Cry 3. This guide is for the warrior difficulty, but it will work for all the other difficulties too. The Valsa docks are located to the north west of Aman Town, the starting location: 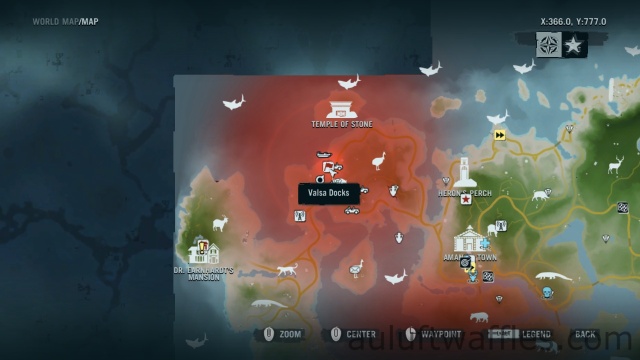 If you don’t have a sniper rifle you can easily get one. There is a set requirement for how many radio towers you mus activate before you get this sniper rifle for free, from memory it is 6 but that figure could be wrong. You need a silencer attachment, but that only costs $400.00 and money is easy to come by in Far Cry 3.

The best vantage point overlooking the Valsa Docks is from the south west (which is the position Jason is in in the map above) on one of the ridge lines of the hill: 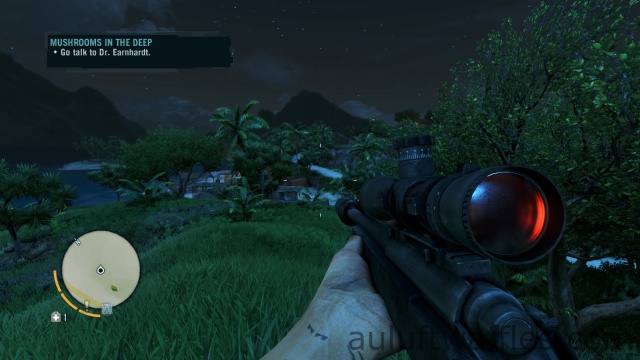 Get as close as you feel you need to, but the closer you are the easier it is for the pirates to detect you. Before you start shooting pirates be sure to mark them using the camera. When you start to take down pirates look for pirates that aren’t watched by other pirates. For instance for me there was a pirate leaning on the shipping container and the pirate near him was looking the other way: 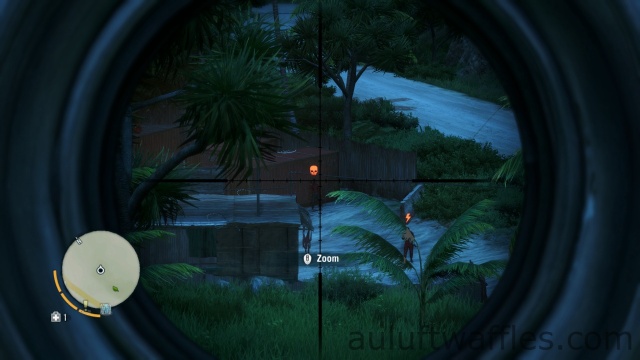 Also look for pirates that are alone, far away from other pirates. For instance I saw a pirate on the docks with no other pirate near him: 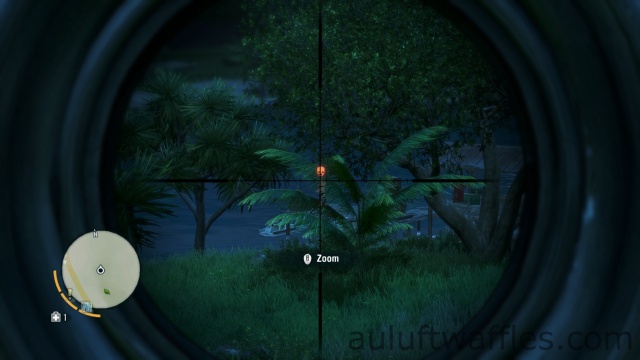 There is a caged beast whose cage you can shoot to set the beast free. This is a good source of confusion if the pirates haven’t detected you, but have found bodies and are more cautions and trying to find you. It is always best not to alert them since the pirates then tend to walk slowly or stand still which makes them easy prey for the sniper.

I had to shoot 5 pirates. I don’t yet know whether that number is random, but I think it is constant for each outpost regardless of how many attempts you make. But even if you have shot 5 pirates you may still not have secured the outpost. There is a dog at the Valsa Docks. It doesn’t matter if the dogs detect you, as long as all the other pirates are dead. If they aren’t when the dogs detect you the pirates will detect you too and you will loose the undetected bonus (the bonus is tied to the pirates not detecting you).